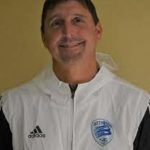 About Tony: Coach Pykosh has been a part of the BSC family for over a decade and currently coaches in the EDP Program at the U13 level.

Coach Pykosh came to BSC after three years at FC Frederick. He has also has extensive experience coaching High School soccer in the area, coaching at Whitman, Sherwood and Holy Cross. In 2004, he led Whitman to a 4A State Championship and was named the Washington Post’s All-Met Coach of the Year and the All-County Coach of the Year by the Gazzette and The Washington Examiner. After he left Whitman, Tony went on to serve in a co-coaching capacity at Sherwood for their Boys Varsity Team. While in the position he would win the 2005 State Championship.

As a player, he featured prominently for Sherwood High School where he would help the side win a State Championship. For his efforts, he was also named an All-Met Honorable Mention. He would go on to play at the collegiate level for the University of Maryland-Baltimore County.

Tony currently holds a USSF National ‘C’ Coaches License. He has two Bachelor’s Degrees from UMBC: a Bachelor of Arts Degree in Sports Management and a Bachelor of Science Degree in Physical Education. In addition to being a coach he is a Teacher in the Montgomery County Public Schools System and is a Certified Strength and Conditioning Specialist with the National Strength and Conditioning Association.