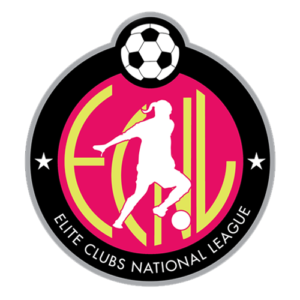 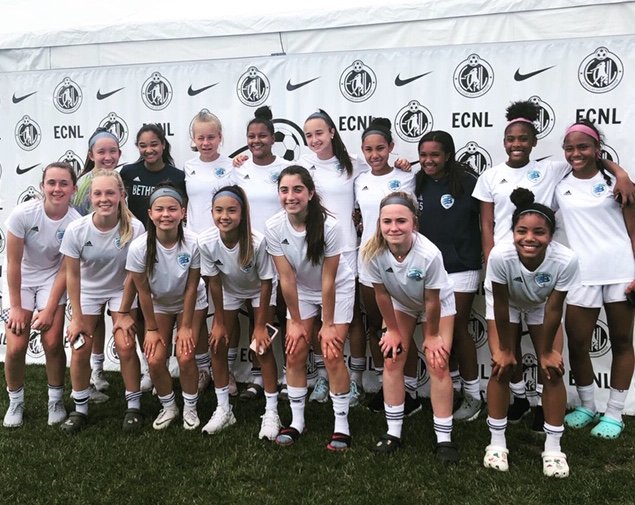 What is the ECNL?

The Elite Clubs National League (ECNL) was founded in 2009 by forward-thinking Directors of Coaching across the country who saw a need for change in and special commitment to improving the daily environment for American elite female youth soccer players.  These Directors came together and collaborated to build what would become the top female youth development platform in the world. The grass roots leadership and cooperation was unprecedented in American youth soccer, and the ECNL continues to be the most progressive and innovative development platform in the country.

What is Bethesda’s Vision?

Building on its 40-year community-based tradition, nationally-recognized Bethesda Soccer Club is known as the premier soccer club in the District/Maryland/Virginia region that:

Bethesda's ECNL teams are part of the club's broader Girls Program which is run by our Technical Director Jonathon Colton.

How many days per week will the ECNL  teams train?

How many games are played and how long is the ECNL season?

Each Academy club plays approximately 25 league games, including 6 games played at Showcases. The season begins in September and commences with the National Championship in late June/early July.

How many players are selected per team?

Each team will select between 18-22 players for the given year.

How do ECNL players get exposure to US National teams?

US Soccer Training Centers are sessions that are hosted every few months in various locations where National Team coaches train & identify players. US Soccer Training Centers have replaced ODP (USYS) sessions and zero costs are associated for players who are invited to attend these sessions.  US Soccer scouts attend the majority of divisional games to identify players for National team camps & US Training centers.

What about College exposure?

ECNL players undoubtedly receive the best college exposure of any club in the country six ECNL Development Academy Showcase events and attendance of college coaches at divisional conference games.  Bethesda Soccer Club has a long and storied history of creating a pathway for our players to college which you can read more about here.

How often are ECNL teams  required to travel?

Academy clubs can expect 10-12  away matches in a given season, some of which will require overnight travel. Exact travel distances will vary depending on their geographic proximity to their opponents and ECNL National events.

Can ECNL players participate with non-ECNL teams during the season?

Full-time ECNL players are permitted to participate on their ECNL team and non-ECNL teams. Players can also play on their high school teams.

Where will the ECNL teams train?

Currently the ECNL teams divide their practice time between Richard Montgomery High School and Wootton High School. Both sites are turf which allow our teams to train even during inclement weather.

How many ECNL players have gone on to Division I College Programs?

Since joining the ECNL  Bethesda have had over 200  players go on to play Division I soccer and many other players going on to play in Division II and Division II. To see where alumni have ended up on and off of the pitch please go to our Alumni page. If you want to learn more about our Pathway to College please check out our college resources page.

We would like to practice with the ECNL but not sure if we can commit to the game schedule. Does BSC offer any customized options for my player?

Yes. If your player is interested in practicing with an ECNL team and guest playing occasionally in matches/tournaments we do have a Discovery Player option. For more information please contact our Technical Director Jonathon Colton or the coach of the ECNL team.

What about our Uniforms? 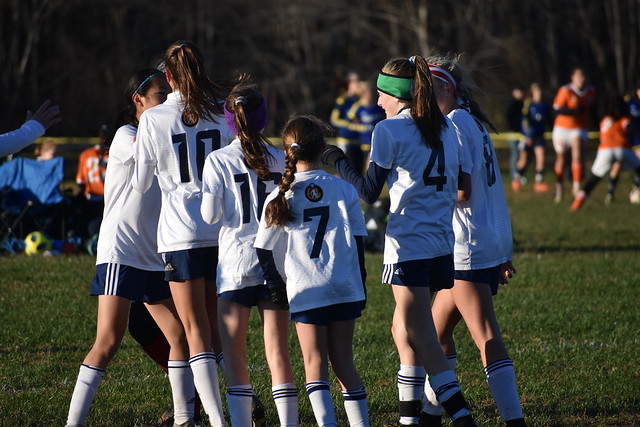 YOU CAN ALSO CHECK OUT OUR 2019-2020 ECNL Player GuideFOR MORE INFORMATION. Please note: If you have a Question About the Program Please Contact our ECNL Director Kevin Layton at klayton@bethesdasoccer.org .