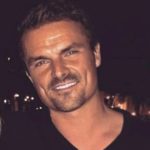 Shaun joins Bethesda after an exceptional youth soccer coaching career both nationally in the state of New Jersey. As the Girls Academy Director Shaun oversaw a program that won multiple prestigious tournaments including the Jefferson Cup, the Bethesda Premier Cup, and the Disney Showcase. In addition, his teams won multiple Region I Championship as well as a US Club Championship. In terms of recruiting, his sides saw 66 players go on to play college soccer at Division 1 and Division 3 levels.