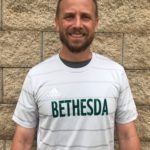 Rick Stainton is in his second season as an assistant coach with Georgetown women’s soccer. He was hired by Head Coach Dave Nolan in February 2020 and joined the Hilltop after a one-year head coaching stint at the College of Saint Elizabeth’s in Morristown, New Jersey. Stainton is no stranger to the BIG EAST Conference as he was the head coach of the Seton Hall women’s soccer team for five seasons prior to Saint Elizabeth’s.

During his tenure for the Seton Hall Pirates, Stainton’s squads won the United Soccer Coaches Team Academic Award in each of the five seasons and 110 Pirates were selected to the Big East All-Academic Team. On the pitch, SHU recorded a total of 18 shutouts and had a BIG EAST All-Freshman Team recognition.

Adding on to an already impressive resume, Stainton was a part of the New Jersey-based Sky Blue FC for four years. While with Sky Blue FC, Stainton trained some of the most prominent women’s players in the world, coaching a total of 12 players who competed in the 2011 FIFA World Cup including United States internationals Tobin Heath, Carli Lloyd, Heather O’Reilly, and Christie Rampone.  Stainton began his tenure with the club as an assistant, a role in which he was responsible for goalkeeper development, prospect identification, implementation of off-season training programs, and camp instruction.  He also served as the head coach for a year where he guided the Sky Blue to a 7-10-7 record.