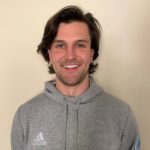 Henry Mordica will be joining BSC for the 2020-2021 season where he will be coaching our Boys U12 Green team. Henry has spent the past three years as the Junior Varsity soccer coach at Brooke Point High School. In his first two seasons his team lost just one game each year. He has also coached at Stafford Soccer where he was the Boys U12 Travel team coach.

As a player, Henry featured prominently for Mills E. Godwin High School in Richmond, Virginia where he was a four year Varsity player and three year starter. For two years his team was the number one ranked high school team in the country in Powerade’s Fab50. In 2015, he and his teammates won the Virginia 5A State Championship and he was named to the All-State First Team and the All-Metro First Team. He also played in the Virginia All-Star Team. In addition to his career in high school, Henry played club soccer for the Richmond Strikers and played two years collegiately at Mary Washington University.

Henry currently holds a USSF Grassroots License and is working on his ‘D’ license.