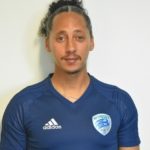 About Simone: Coach Mariotti currently holds a USSF ‘C’ License and has been a member of the BSC coaching staff since 2008.

Mariotti’s extensive coaching experience includes serving as the Assistant Coach King University Men’s Soccer and as the Coach of King University Soccer Academy Men’s Team. At the youth level, he has worked with the Diadora Impact (Boys U10 ,U11, and Girls U10 and Academy) and was a coach at Matthew’s USA Soccer Club (U10, U11, U14, and U18 girls’ teams). He is also the Founder and Director of the Passion Soccer Academy.

Simone is a former midfielder for the Charlotte Eagles, formerly of the United Soccer League. His international experience includes playing for La Rustica, a side based out of Rome, Italy.

Coach Mariotti is fluent in Italian, Amharic (Ethiopian), and Tigrinya (Eritrean). He received his Bachelor’s Degree in Physics and Math and his Master’s Degree in Business Administration from King University.