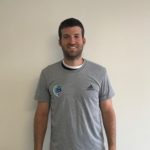 U16 and U17 Boys Academy Assistant Coach

Coach Montross will be joining the BSC program for the 2020-2021 fall season, assisting our Academy Program as they begin play in the MLS Developmental League.

Mike has a lengthy history working at the highest levels in college soccer. He is currently an Assistant Coach at American University.

In his first season at American, Montross oversaw a rebuilding team that picked up three Patriot League wins and was competitive in every other league contest. He coached one Academic All-Patriot League player (Tim Neumann) and a league-best 20 members of the PL Academic Honor Roll in 2019.

At Villanova, Montross was promoted from an assistant coach to associate head coach during his four seasons. He helped with all aspects of the program including recruiting, practice planning, video analysis, player development as well as academic success. During the 2016 season, the Wildcats appeared in the NCAA Tournament for the first time in program history and finished the season with their highest RPI. On the recruiting trails, Montross was part of the first two (2016, 2017) top-20 ranked classes in program history.

No stranger to the Patriot League, Montross spent two seasons at Lehigh (2013-14) where he helped the Mountain Hawks make the second highest RPI jump of any Division I program (from No. 187 to No. 78) and recorded double-digit victories for the first time since 2006. He coached and recruited multiple All-League players as well as academic award recipients. In 2014, five players were named to the Patriot League All-Conference teams, one player to the Academic All-Patriot League team, and one player to the NSCAA All Region Team.  In both of his years at Lehigh, the team earned the NSCAA team academic award.

While at Georgetown, the Hoyas posted the most single-season wins (19) in program history and earned a Big East Blue Division championship while advancing to the Finals of the NCAA College Cup. That year, Steve Neumann was a MAC Hermann Trophy Semifinalist and earned College Cup Most Outstanding Offensive Player, while Brandon Allen was named the Big East Rookie of the Year as well as the national rookie of the year by a number of outlets. That unit also featured two All-Americans as well as six All-Big East honorees. Academically, Keon Parsa was honored with the Elite 89 Award, given to the student-athlete at the College Cup with the highest GPA.

Throughout his coaching career, Montross has worked with and prepared 18 student-athletes that signed professional contracts or were drafted by the MLS.

Montross is a 2011 graduate of Dickinson College, where he earned four varsity letters and and captained the team as a senior. He helped lead his team to its first two conference and NCAA Tournament appearances in 2007 and 2008 and was also on the Dean’s List. The native of Bethesda, Md., received a degree in international business and management and minored in Spanish.