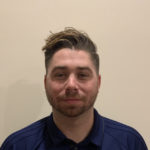 Eric is currently the Head Coach of the Gaithersburg Varsity Boys High School soccer team where in 2019 he was named the MFHS Coach of the Year. In addition, his side were the 2018 MCPS 4A Western Division Champions, going 13-1-1.  In addition to his experience at Gaithersburg, Eric has previously coached the Church Hill Junior Varsity High School, Boys U15 Maryland ODP Head Coach, and Girls U13 Maryland ODP Head Coach. At the club level, he coached at Potomac Soccer from 2010-2021,

As a player, Eric played four years of college soccer at Clemson University where he played in 74 matches. He also participated in numerous Olympic Development Program camps in England, Italy, and Belgium. He played club soccer with FC Delco Crunch and was a member of the 2006 side that won the Pennsylvania State Cup. He currently holds a USSF National ‘C’ Coaches License.