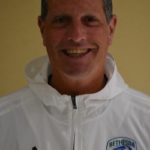 About Dave: Coach Greene has extensive coaching experience at multiple different levels of soccer. He has been with the Bethesda program since 1988 and currently coaches Bethesda’s ECNL U13 and U14 sides. Furthermore as the head coach of Whitman High School’s Boy’s Soccer Team which recently won the 2018 and 2019 Maryland 4A State Championship. For his efforts, Dave was named the 2019 United Soccer Coaches National Coach of the Year for Large Schools.

As a player, he was a three-year starter at Wheaton High School and would go on to play college soccer at Frostburg State University.

Dave currently holds a USSF National ‘B’ Coaches License. He received his Bachelor’s Degree in Education from Frostburg.