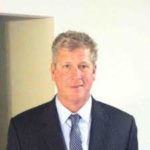 About Bruce Bruce Murray is the chief scout for both the boy’s and girl’s programs.

Murray was the all-time leader in both caps and goals for the United States National Team before being overtaken in the mid-1990s by Marcelo Balboa in caps and Eric Wynalda in goals. Between his first national team appearance in 1985 and his last in 1993, he played 85 full international games, in which he scored 21 goals.

Murray also had brief spells with first-division Luzerne in Switzerland and with Millwall in England before returning stateside to play professionally with the Atlanta Ruckus.

In addition, Murray won two National Championships in 1984/1987 with Clemson University, won the Herman Trophy for Best College Soccer Player, and was inducted into the Clemson University Hall of Fame in 1993.

Murray was inducted into the US Soccer Hall of Fame in 2011.