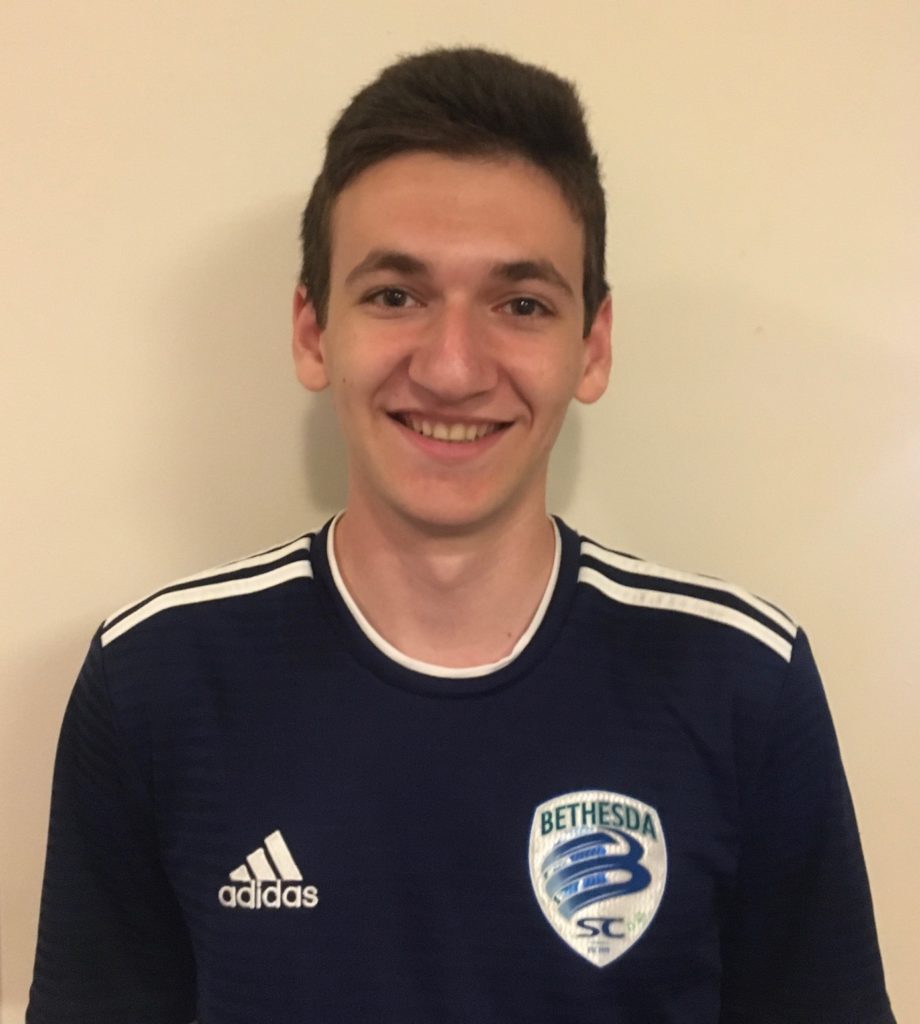 Arel has been with Bethesda for almost two years. He joined in the fall of the 20/21 season playing as a fullback for Bethesda’s U18s. He has worked at our juniors soccer camp since the spring of 2021. He currently works as an assistant coach for Bethesda’s U8 white and green as well as U9 academy 2 and 3. Arel currently holds a USSF Grassroots License.

Comments Off on Arel Moav 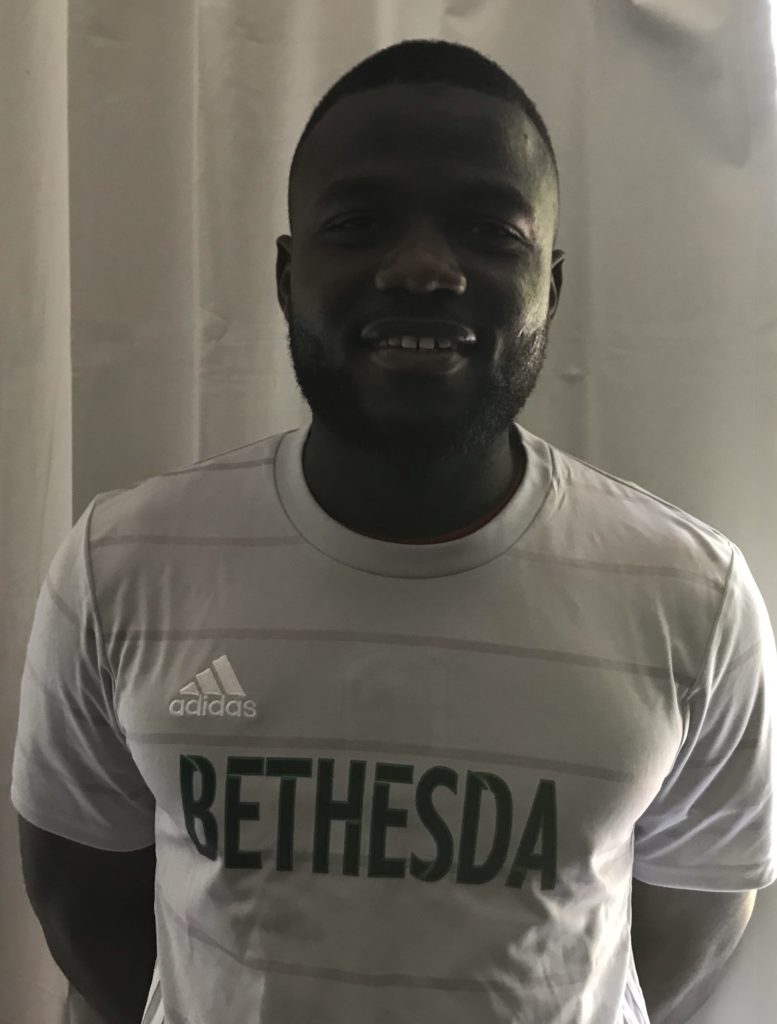 Comments Off on Yaya Fane 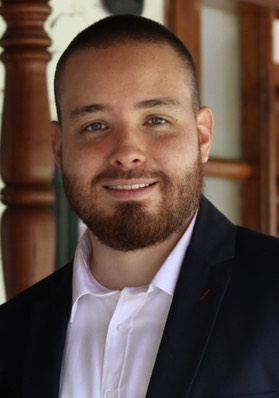 Comments Off on Daniel Zapata 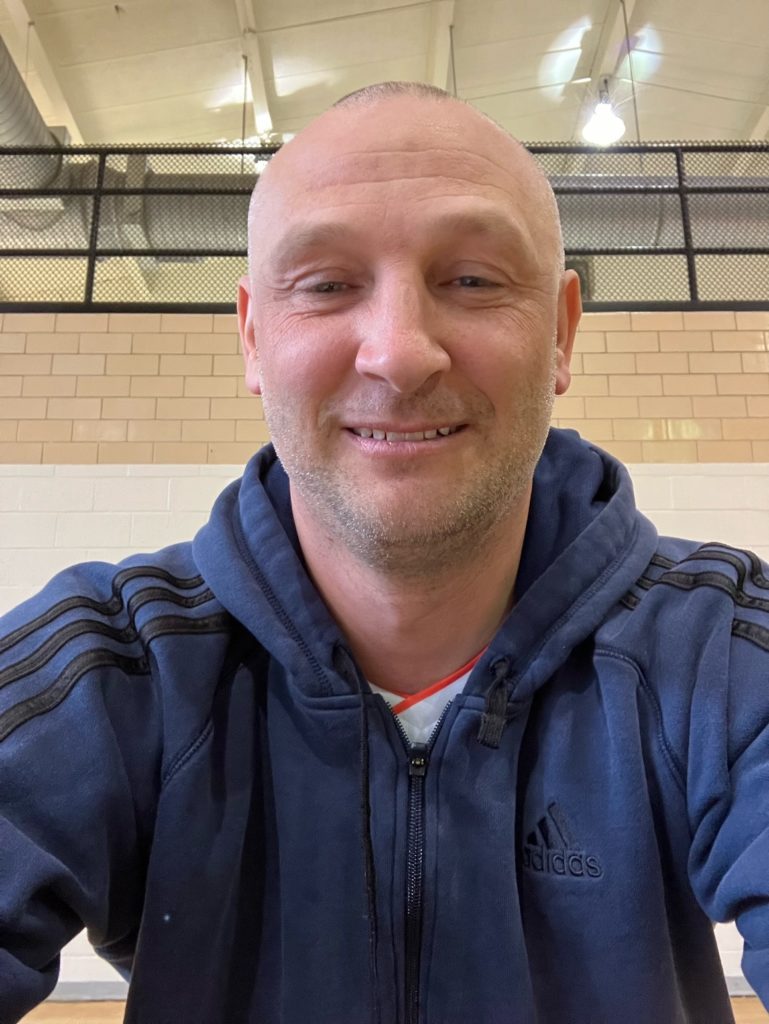 Coach Morey has been coaching and training players since 2002. His coaching philosophy is centered on individual player development to build technical and tactical foundations that yield winning results for his teams. Coach Ben is an avid proponent of futsal and includes futsal training into his soccer curriculum during the winter to further strengthen players’ abilities on and off the ball. Coach Ben has developed ECNL and high-level players looking to take their talent to the collegiate level.  His teams have competed in top flights of premier-level tournaments. Of note: his teams were Maryland State Cup Champions and four-time finalists, Futsal National Finalist, Futsal Regional Champions, and  Bethesda Tournament Champions.

Coach Morey graduated from SUNY@Cortland and was All-Region and All-Conference as a midfielder.  Ben has a U.S.S.F D license.

Comments Off on Ben Morey 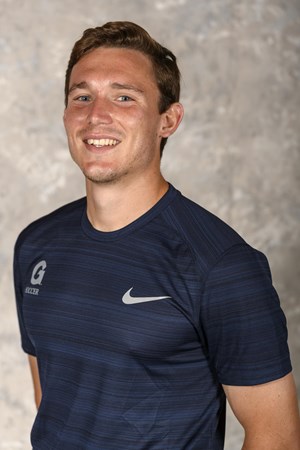 U16 and U17 Boys Academy Assistant Coach

Coach Klekota will be joining the BSC program for the 2022-2023 fall season, assisting our MLSNext Program as they begin to play in the MLS Developmental League.

Connor has a long history of working at the highest levels in college soccer. He is currently an Assistant Coach at American University.

Connor Klekota led the Hoyas to the NCAA Championship in his second season on the Hilltop.  He came to GU from Bucknell University where he was a graduate assistant for two seasons.

In 2019, the Hoyas had a historic run winning the national championship with a 3-3 victory over Virginia that was decided in penalty kicks, 7-6.  GU finished the year with a mark of 20-1-3 which set the program record for wins in a season.  Georgetown also boasted the program’s first three-peat, winning the BIG EAST Championship for the third consecutive year in a 3-1 victory over Providence College at Shaw Field.  It was just the second time in program history that the squad has won both the regular season and the championship in the same year.

Individually, the Hoyas had three All-Americans for the first time in program history as well as five players named All-East Region.  Additionally, senior Dylan Nealis was the second MAC Hermann Trophy finalist in program history. He along, with Achara was both MLS First Round Draft selections. In league play, the Blue & Gray won three of the major awards and had six All-BIG EAST selections. The coaching staff was also named the Division I National Coaching Staff of the Year by the United Soccer Coaches.

In his two seasons with the Bison, Klekota coached three United Soccer Coaches All-Region honorees as well as five All-Patriot League players as the team appeared in a pair of Patriot League postseason tournaments. He also coached at the Bison Summer Camps as well as a number of other camps throughout the country.

Klekota was a Dean’s List and ACC Academic Honor Roll honoree while playing soccer at Notre Dame from 2011-15. He appeared in 66 games, including 50 starts in his career. In 2013, the midfielder started in 14 contests, helping the Fighting Irish capture the NCAA championship. He helped Notre Dame win the ACC regular-season title in 2014 and was an ACC All-Tournament Team selection in 2015 as a senior captain.

The Amherst, Ohio native served as a peer facilitator for the Rosenthal Leadership Academy at Notre Dame, where he was a group leader during leadership workshops throughout the year. He also interned in Notre Dame’s Office of Student Welfare & Development, helping with leadership and teamwork techniques.

Klekota was a three-time Notre Dame monogram winner, and a two-time Francis O’Connor Award recipient, given to a student-athlete who best represents the spirit of Notre Dame. He graduated with a bachelor’s degree in business administration with a concentration in management consulting in 2015.

He graduated from Bucknell in 2021 with a Master’s of Science in education with a concentration in college student personnel. Klekota resides in Washington, D.C.

Comments Off on Connor Klekota 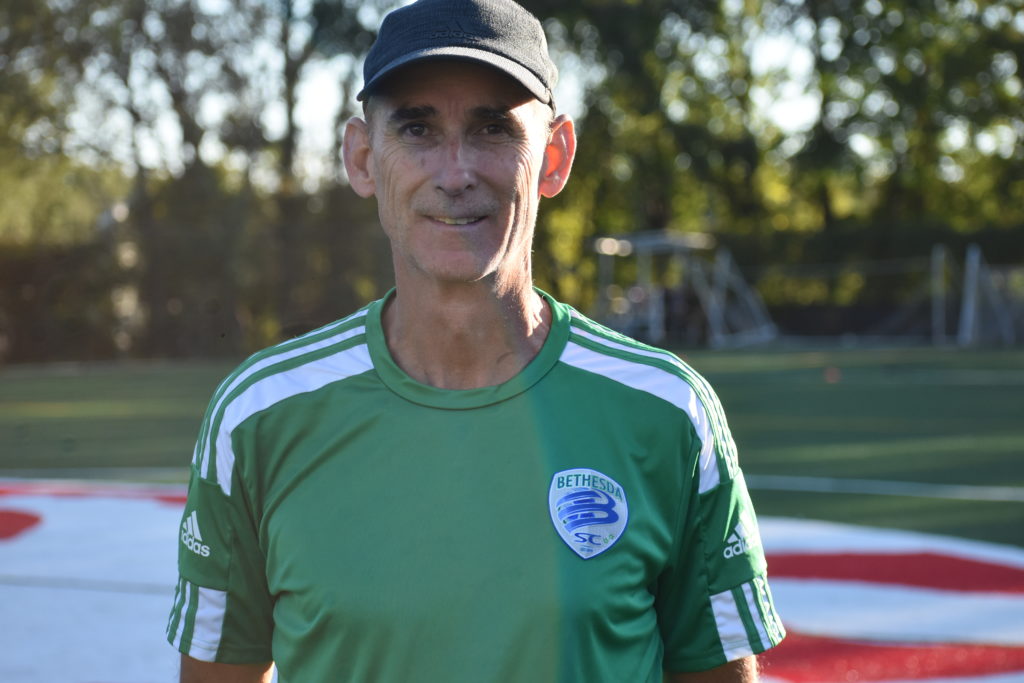 Comments Off on Bob Jenkins 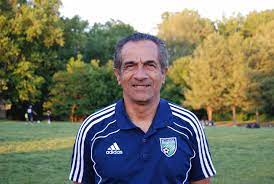 Coach Mani played professionally in Brazil as well as college and professional soccer in the United States. Mani has coached professional teams overseas in Asia and also in Brazil. He transitioned to coaching youth teams in 1999, working previously with Bethesda and also Herndon Youth Youth Soccer. He holds a Master‘s Degree from Rice University as well as National Coaching Licenses from Brazil, England, and the USA.

Comments Off on Mani Santos

About Bruce Bruce Murray is the chief scout for both the boy’s and girl’s programs.

Murray was the all-time leader in both caps and goals for the United States National Team before being overtaken in the mid-1990s by Marcelo Balboa in caps and Eric Wynalda in goals. Between his first national team appearance in 1985 and his last in 1993, he played 85 full international games, in which he scored 21 goals.

Murray also had brief spells with first-division Luzerne in Switzerland and with Millwall in England before returning stateside to play professionally with the Atlanta Ruckus.

In addition, Murray won two National Championships in 1984/1987 with Clemson University, won the Herman Trophy for Best College Soccer Player, and was inducted into the Clemson University Hall of Fame in 1993.

Murray was inducted into the US Soccer Hall of Fame in 2011.

Comments Off on Bruce Murray 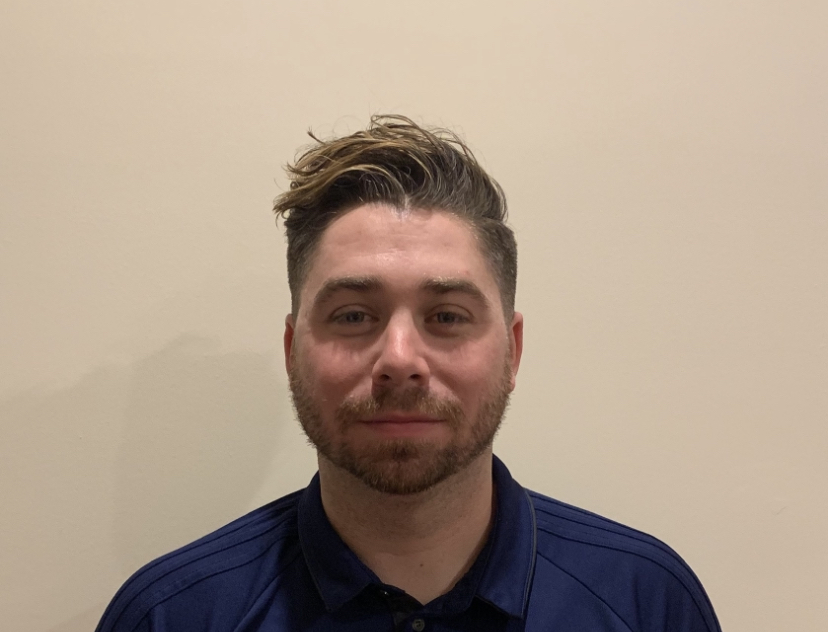 Eric is currently the Head Coach of the Gaithersburg Varsity Boys High School soccer team where in 2019 he was named the MFHS Coach of the Year. In addition, his side were the 2018 MCPS 4A Western Division Champions, going 13-1-1.  In addition to his experience at Gaithersburg, Eric has previously coached the Church Hill Junior Varsity High School, Boys U15 Maryland ODP Head Coach, and Girls U13 Maryland ODP Head Coach. At the club level, he coached at Potomac Soccer from 2010-2021,

As a player, Eric played four years of college soccer at Clemson University where he played in 74 matches. He also participated in numerous Olympic Development Program camps in England, Italy, and Belgium. He played club soccer with FC Delco Crunch and was a member of the 2006 side that won the Pennsylvania State Cup. He currently holds a USSF National ‘C’ Coaches License.

Comments Off on Eric Cava 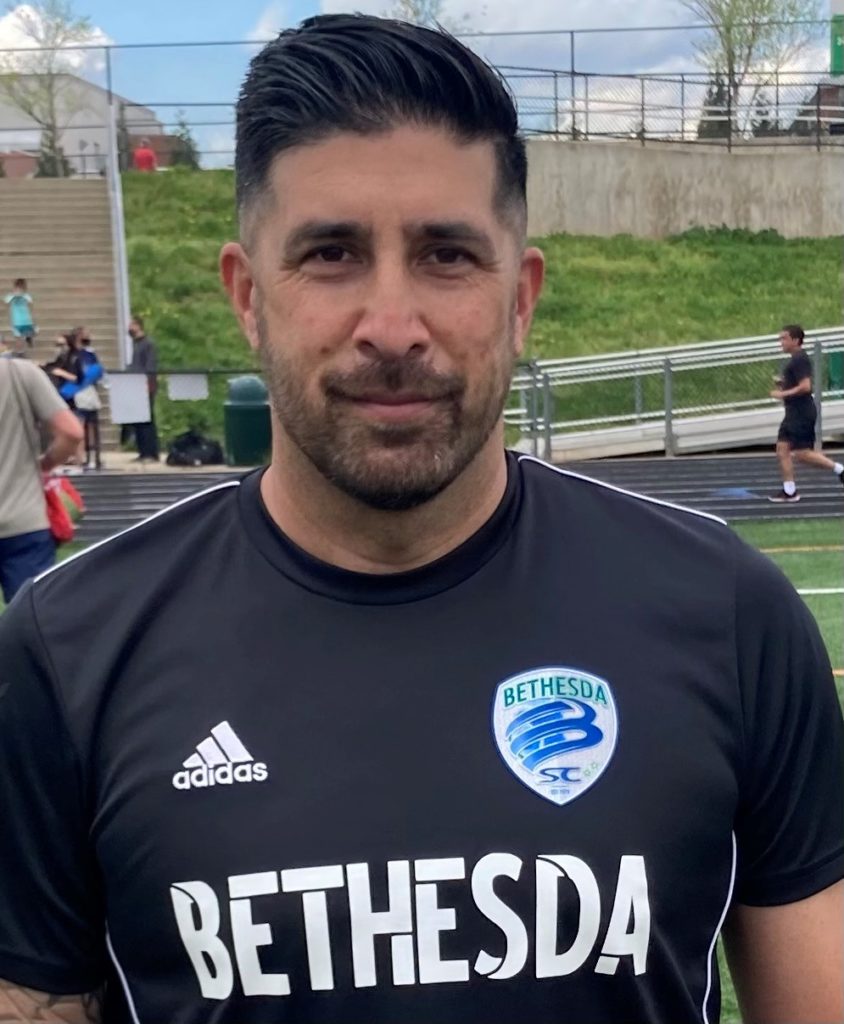 About Paul: Coach Dowell joined the BSC program in the spring of 2021, coaching in the boys YDP program. Before joining Bethesda, Paul served as the Girls Varsity Head Coach at Gaithersburg High School for eight years and as the Girls Junior Varsity Head Coach at Sherwood High School for four years. He has also coached at BSC Academy Coach Kert Mease’s Golden Goal Academy for the past 15 years. As a player, he was a four-year starter at Frostburg State University. Paul has a Bachelor’s Degree in Elementary Education and Teaching from Frostburg and a Master’s Degree in Educational/Instructional Training at Johns Hopkins University.

Comments Off on Paul Dowell