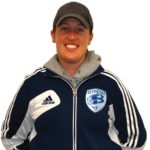 About Sam: Coach Hubbard is a BSC alum and has used her experience and knowledge to help younger BSC players as a coach since 2015. As a player, she was with the Bethesda Eclipse for ten years. During her time with the club, she won eight Maryland State Cups and one regional championship. She would go on to play college soccer at Stony Brook University for two years and at Mount St. Mary’s University for two years.

After her playing career was finished she would go on to become a coach, first serving as an assistant under Mark Wolcott at Tuscarora High School. She would also go on to coach at FC Frederick before returning to Bethesda. As a coach she has won the State Cup title twice-in 2014 and in 2015.