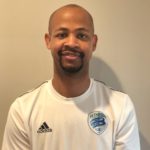 Jason has spent the past two years coaching for the Largo High School Boys Varsity team. In his first season as Assistant Coach, his team made it to the 1A Regional Championship, and in his second season, as Head Coach, they advanced to the regional semifinals. Jason played his club soccer at numerous academies across Maryland but is proud to be Bethesda alumni as a member of the Bethesda Mavericks. In addition, he was a four-year varsity high school player at both St. Johns College High and Bowie High School.

Jason has primarily worked within the Youth Development Program and with our Soccer Juniors Clinic but will be coaching our U17 White team in 2020-2021. He currently holds a USSF National ‘D’ Coaches License and is currently working on his ‘C’ License for USSF and UEFA. He aims to continue his soccer education with the hope of coaching at the highest level or becoming a scout.