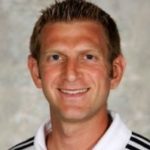 About Trevor: Coach Singer currently holds a USSF National ‘A’ Coaches License and is an associate head coach with Mount St. Mary’s University. He also served as an assistant and Recruiting Coordinator for George Mason for almost 10 years.

At Temple, Singer served as an assistant coach and was responsible for working with goalkeepers, scouting, and recruiting. The squad made two A10 tournament appearances and defeated two NSCAA Top 25 ranked teams during his three seasons. Individually, Singer helped develop 11 A10 All-Conference, five NSCAA Mid-Atlantic All-Region, and two NSCAA All-Americans selections. Singer’s squads also found success off of the pitch, as he helped produce three NSCAA Scholar All-Americans, an ESPN the Magazine Soccer Academic All-American, and an NSCAA Team Academic Award.

Before Temple, Singer spent two seasons at the University of Maine, where he mentored a NEISL All-Star and three America East All-Conference selection. Academically, his squads collected 14 America East Honor Roll selections and an NSCAA Team Academic Award. In addition, he coached Canadian U15, U16, and U17 National Team and Serbian U16 National Team captains and produced a player selected for the U20 Canadian National Team World Cup Qualifying.

After graduating from the University of Massachusetts in 2008, Singer served as an assistant coach at his alma mater, working with All-America and Umbro National Player of the Year goalkeeper Zach Simmons.

As a student-athlete, Singer began his career at Rider, where he earned MAAC All-Rookie honors as a freshman and MAAC All-Academic team honors as a sophomore. Transferring to UMass as a junior, he helped lead his team to a No. 22 ranking his first year. In his final year of eligibility, Singer and the Minutemen earned a No. 4 ranking in the nation and captured the A10 Title, while competing to the final four of the NCAA College Cup.

Outside of the collegiate environment, Singer currently serves as a regional staff coach for the Region One Olympic Development Program in the Northeast and Mid-Atlantic where he is responsible for identifying players for the regional pool which eventually helps determine the US Men’s National Team. Before moving to Virginia, Singer was also the Youth Academy Coach for the FC Delco United State Soccer Federation in Radnor, Pa., trainer for the West Chester United U23 Amateur Team, and head coach of the Maine Olympic Development Program.

Singer graduated from the University of Massachusetts in 2008 with a Bachelor’s degree in Marketing and received his Master’s Degree in Sport and Recreation Management from Temple University in 2011.