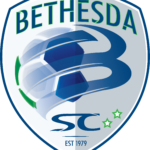 About Luis: Coach Zuniga has worked as a coach for various clubs throughout the DMV for over ten years. Prior to joining BSC in 2018 he was a coach for various sides MD Alliance FC. In his 13 years with the club his teams played in some of the top leagues in the country including the NCSL, EDP Division 1, and the National Premier League. He has also served as an assistant coach for Real Maryland FC (2009-2012) and at Howard University under current BSC head coach Philip Gyau. At the high school level he was the Head Coach for Gatihersburg’s Junior Varsity from 2007-2008 and was the assistant coach for the Varsity team during that same time.